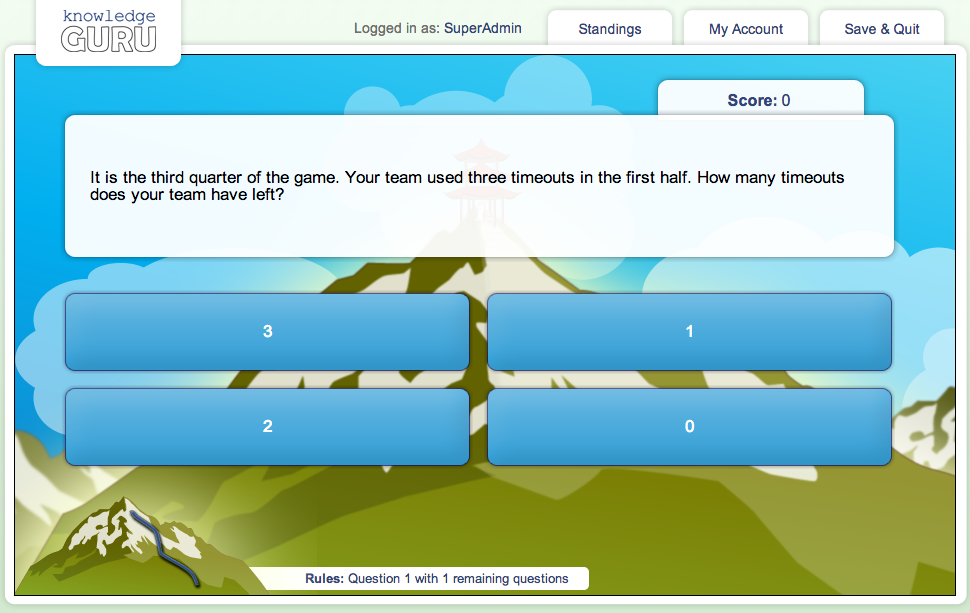 Many types of eLearning use scenarios to help learners master new topics. Scenarios are also a popular technique to use when designing Knowledge Guru questions.

Knowledge Guru questions are broken into question sets, which are three iterations of the same question. This is explained in depth in another tutorial. We find it useful to use a scenario-based question as the third iteration, or “Path C” question for most question sets. This will usually be the third question of the set that learners encounter, so it is a good way to reinforce what they have learned on the previous paths.

Good scenario questions are realistic, interesting, and aligned with the appropriate learning objective. They should introduce anything that has not been covered in previous iterations of the question, but approach the same information in a different way. 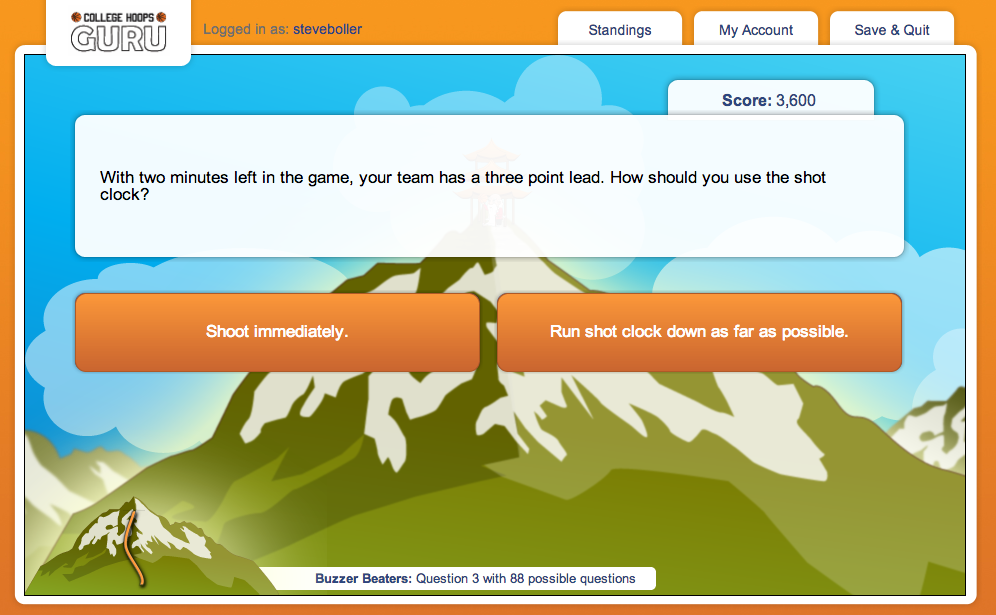 The objective for this question was more vague: “Choose the best strategy given five end of game situations.” Since our goal was to evaluate the overall strategic abilities of the player, rather than evaluate their grasp of a specific strategy, the objective works. One way to get more quantitative data would be to identify five different aspects of the game that require strategy, break them into separate objectives, and write a scenario for each one. 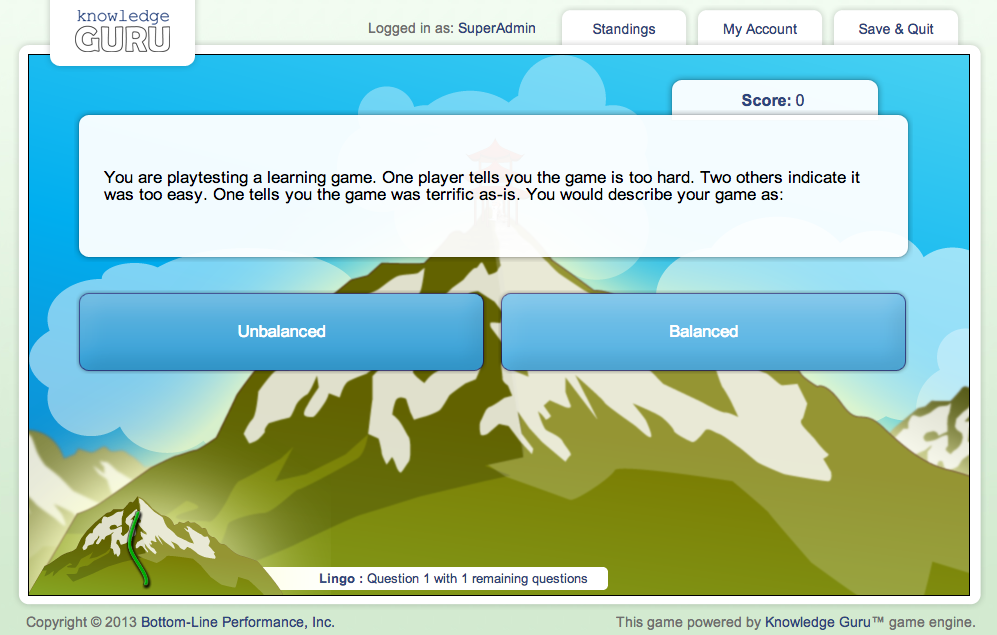 How to Create Good Learning Objectives in Knowledge Guru

How to Write Distractors for Knowledge Guru Questions
Scroll to top