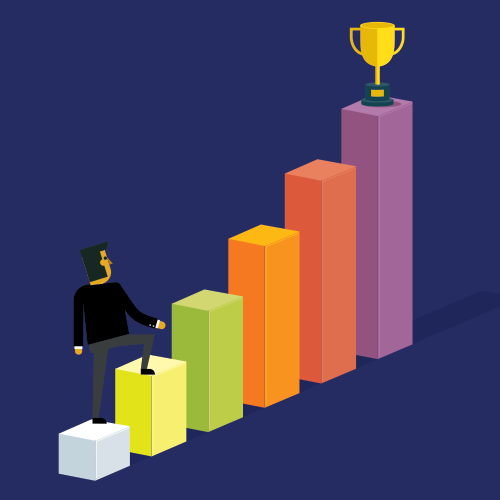 In preceding posts on learning game design, I’ve focused on game goals, game mechanics, and a variety of game elements. Continuing with game elements, this post focuses on rewards and scoring. Let’s look at rewards first.

Rewards can be anything players earn via game play. Some games have them. Many games don’t. The new wave in learning games—and in gamification of learning—is to give players achievements for accomplishing certain tasks or hitting certain milestones. There is a general trend toward giving a LOT of rewards—and this isn’t necessarily a good thing in learning games. Here are some general rules for rewards:

We have an achievement case in Knowledge Guru. Players can earn badges for reaching certain milestones in the game. On first glance, you might think, “Well that’s completion.” But in order to actually earn a milestone, a player needs to avoid some of the costly point deductions from wrong answers. Answering a question in the game isn’t sufficient. This is because answering wrong and correcting yourself (especially on the final path) could mean you won’t make it to the point level for a certain milestone.

After we tested the game many times, we concluded that these achievements matter to a significant subset of players, but not at all to others. Having them in the game doesn’t really hurt the game and appeals to a certain demographic. We noted some players responded positively to their existence in the game (“Oh, I hit another milestone”). So we decided to keep them in the game. Players who don’t value badges simply tended to ignore them.

Scoring is crucial to how a game is perceived by players. A good scoring algorithm helps hook players in the game experience. A poor one demotivates, sometimes dramatically.

Scoring typically correlates to how well/poorly someone is doing in the game. It ties to their progress in the game. It can be points (as in Knowledge Guru), dollars earned, resources accumulated, etc. In a learning game, scoring should offer your players clear feedback on how they are learning. Players often view the scores they receive as a form of reward, and good scoring can motivate continued game play.

Play-testing a game is an invaluable way to find out if your scoring is increasing player motivation, decreasing it, or having no influence at all. The example below illustrates this.

We developed a game for sales reps called Formulation Type Matters. The story in the game is that a predecessor decimated sales in your newly-assigned territory. Your job is to regain customer satisfaction and sales by successfully resolving a variety of issues related to formulation type. When players entered their territory, they discovered five customers, each with a different issue. Players had to find/locate the appropriate information to resolve each of the issues.

Behaviors we were trying to cultivate in players included:

Our feedback and scoring mechanisms included:

Good Intentions, Bad Results (This Is Why We Playtest)

In an early iteration of the game, we rewarded players with an increase in potential sales for every question they asked the customer. The client wanted to emphasize the importance of asking questions so we made sure every question players could ask was a good question that provided valuable information. Our intent was to reinforce question-asking behavior. Good idea, right?

Wrong. When we playtested, players focused intently on each question they could ask the first customer they’d selected in their sales territory. Players took notes on the customer’s responses. However, once all questions had been asked of this customer – and players got an increase in potential sales for each question they asked – they noted, “So I get points for every question? There’s no strategy in selecting which questions to ask?” On subsequent customers, players focused much less on the questions they asked their game customers, a response we did not want.

Based on the playtest, we redesigned the scoring and varied the customer questions. For one customer, we made ALL the questions good ones. For the others, we included good, neutral, and poor questions. This forced the player to truly think about the value of asking each question.

Additional scoring things we did that increased player motivation: 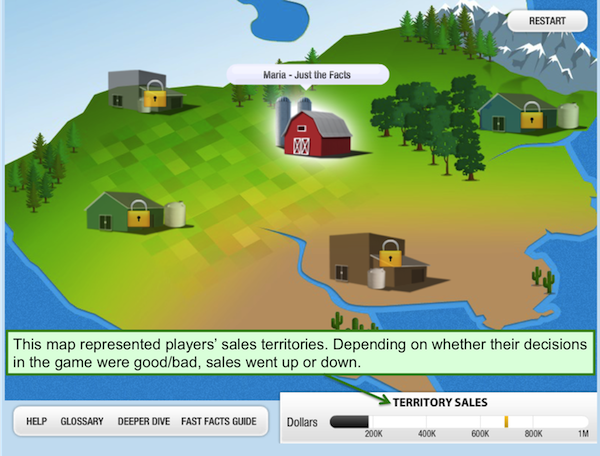 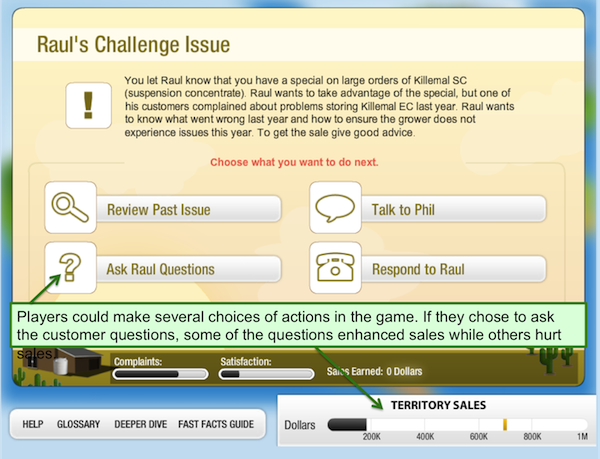 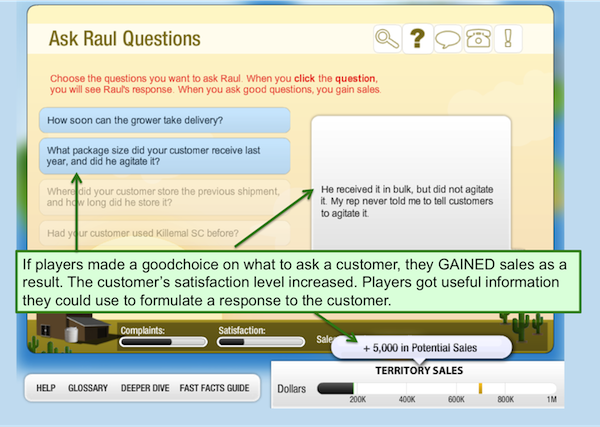 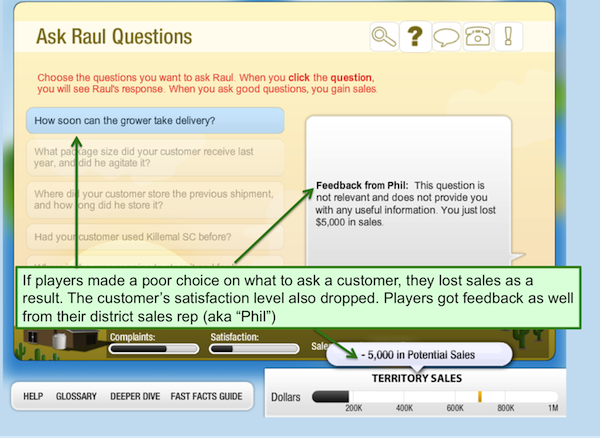 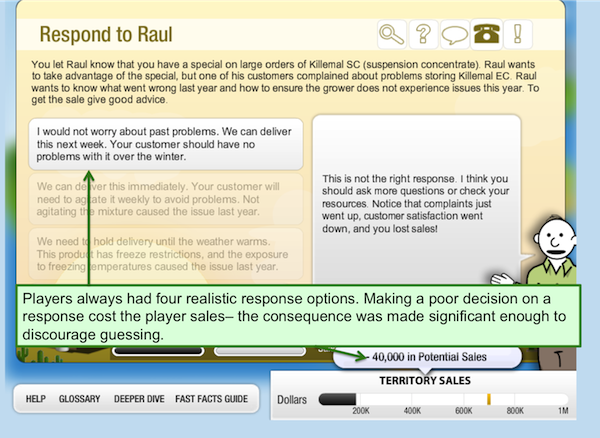 Think very carefully about both rewards and scoring. These two elements require as much thought as your game mechanics and more “fun” elements such as theme, story, and aesthetics. Rewards and scoring should also correlate to what you want people to learn and the feedback you want to offer to them re: their performance.

How to Make Your Knowledge Guru Game “Live”
Scroll to top