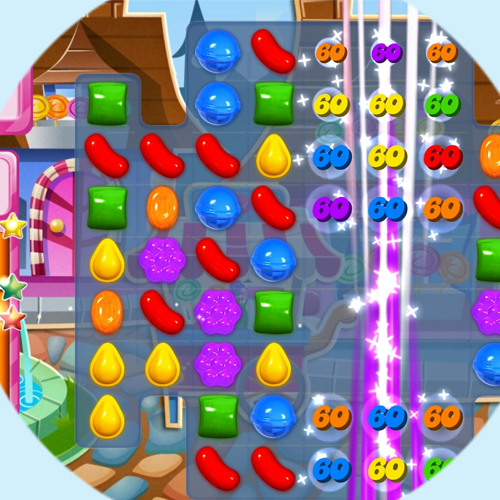 I recently had a conversation with a game developer who was interested in becoming a subcontractor for us. While we do almost all of our development in-house, I thought I would entertain the conversation to see his capabilities.

This developer shared several examples of games he had developed. All the sample games featured gorgeous graphics and lots of “action” in the games. This included things flashing, scores popping, and new game elements introduced as I advanced through levels. On the surface, it was quite impressive!

The trouble was that, while these game elements can be very addicting and engaging in a commercial game, they can get overdone and distracting in a learning game. The commercial developer’s goal is to keep players engaged in their game. The problem is that game developers tend to use a lot of “wow” factor and eye candy to keep the player interested. They will intentionally try to frustrate the player just enough to be motivated to make in-app purchases so the player can more easily progress through levels. And, if it’s well-done, this approach works well. Heck – even when it is NOT that well-done many players stay connected.

Candy Crush is a game that exemplifies “sensory overload” and millions love to play it. Other mobile games have followed the Candy Crush format, some more successful than others. I evaluated various commercial games, including a lesser-known game that is very similar to Candy Crush, here.

However, when devising a learning game, you have to carefully balance the complexity of your game mechanics and elements with the learning needs of the game. And your game developer needs to understand this and believe that less really is better.

When it Comes to Learning, Less is Better

“Less is better” is one of the four lessons of game design that I explained in my ATD blog post, Lessons from the Trenches of Digital Game Design. Less is better is all about managing learners’ cognitive load. Novice learning game developers often design a very “fun” games that make learning harder rather than easier. They load their games up with rules, pile on different game elements, and incorporate multiple dynamics (e.g. the “how” of achieving a game goal) to keep player interest high.

However, in typical corporate environments, players may have limited time to play and multiple distractions competing with their attention. Game play that is too complex will either frustrate learners if it’s too hard to learn quickly, or distract them from the learning they need to do. They can become engrossed in winning the game while failing to focus on the learning. Instead, they get distracted by collecting resources, competing against time constraints, or accumulating lots of points. The rule complexity or an overwhelming amount of game elements ends up overshadowing the learning.

The job of a learning game designer

A learning game designer’s job is to combine solid instructional design and game design so the learning is incorporated into gameplay. The game rules support the learning need and the game elements function as reinforcers. Commercial game developers may not embrace this “less is more” philosophy.

There is a misconception with learning games that it’s the fun of the game that keeps learners engaged. It’s almost as though we’re trying to hide the learning. It’s sort of like chopping up vegetables and pouring chocolate sauce over them so no one realizes they are eating vegetables. This typically doesn’t work. Even if we do eat the concoction we made, the “bad” of the chocolate sauce outweighs the benefit of any vegetables we might have consumed.

When I play test learning games, I always see that engagement comes when players love the challenge and goal associated with the game – not whizzy-wig game mechanics, graphics, or game elements. A learning game with well-managed complexity provides solid game play AND an optimal learning experience. Be cautious of any “learning game design” that has people do a bit of “learning” and then offers up game play as a reward for doing the dull learning part. Instead, look for (or try to design) a learning game that incorporates learning into the game play experience itself. Learners will appreciate it.

Want to build your own skill set at learning game design? Karl Kapp and I co-authored a new book called “Play to Learn: Everything you need to know about designing effective learning games.” We share real examples of in-person and online games, and offer an online game for you to try as you read. We also walk you through evaluating entertainment and learning games, so you can apply the best to your own designs.

Gamification and Serious Games Headed to the Mainstream
Scroll to top